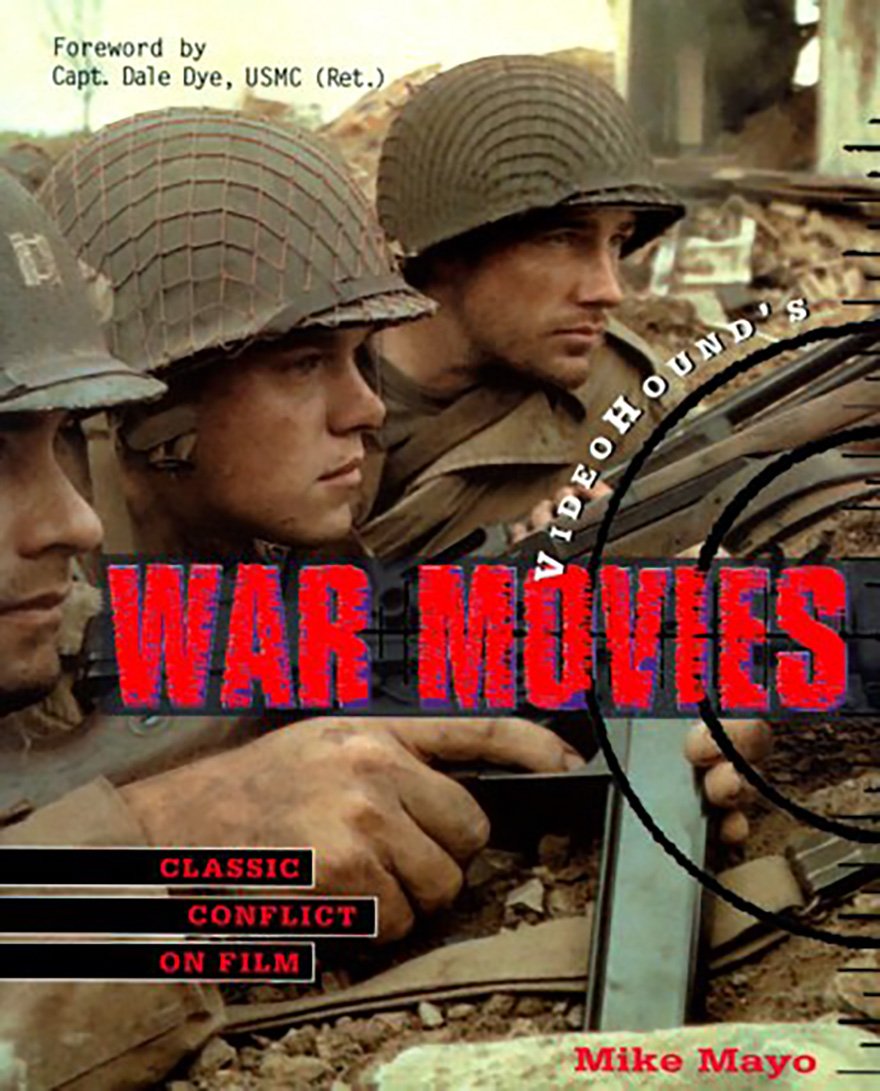 War. What is it good for? Absolutely stunning movies.

Veteran VideoHound reviewer Mike Mayo strikes deep behind enemy lines, saluting 201 (more than 200) of the most significant war movies ever made. VideoHound’s War Movies: Classic Conflict on Film provides a guided stroll through history as Mayo reviews enduring classics like All Quiet on the Western Front, Casablanca, and Wings, as well as modern (and sometimes overlooked) epics such as When Trumpets Fade, Saving Private Ryan, and The Thin Red Line.

The typically generous VideoHound indexes for title, cast, director, writer, cinematographer, composer, and category, plus a guide to finding videos, help the war film buff zero in on the target. More than 200 photographs enliven the military mix.

Capt. Dale Dye, Vietnam war veteran and technical advisor to Platoon, Saving Private Ryan, and many other films, tells how he got his start in movies and adds his frank assessment of war films in the foreword. As Capt. Dye says, “In moviespeak, war’s got legs.”