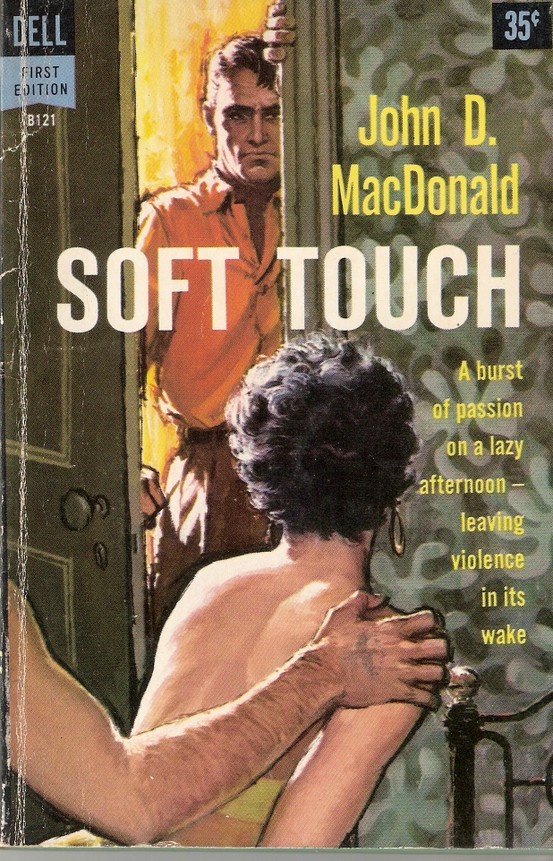 MacDonald was every bit as interested in the darker elements as they were—see The End of the Night or On the Run among others—but he usually brought his books to a more conventional resolution. No so with Soft Touch.

Published in 1958, it’s a bleak tale of two veterans who decide to pull off one big score. The first-person narrator is Jerry Jamieson. He’s a typical rough-edged MacDonald protagonist who married the boss’s daughter and finds himself trapped in a suburban hell of booze and casual infidelity. On the first page, his father-in-law is described as “a little white-skinned man with a face like a trout and a voice like a French horn.”

In the next paragraph, Jerry’s old O.S.S. pal Vince shows up with a shady proposition that could be their ticket out. You should know nothing more about the plot, but I suspect that even seasoned fans will be surprised at the ending. I still remember discovering it as a teenager and being floored by the last page.

One other thing about the book really underscores MacDonald’s reputation as a craftsman who understood how to construct a story. With no changes in plot or character, Soft Touch could be set in 2017. Stories of young men who have trouble adjusting to life after a war are universal.